EVENT DETAILS: Last July, Marcia Selden Catering & Events, based in Stamford, Conn., helped bring Paris to the Hamptons for an extravagant 50th anniversary party. The 200-guest event at a private home in East Hampton, N.Y., celebrated the hosts’ love for each other and for the City of Light. 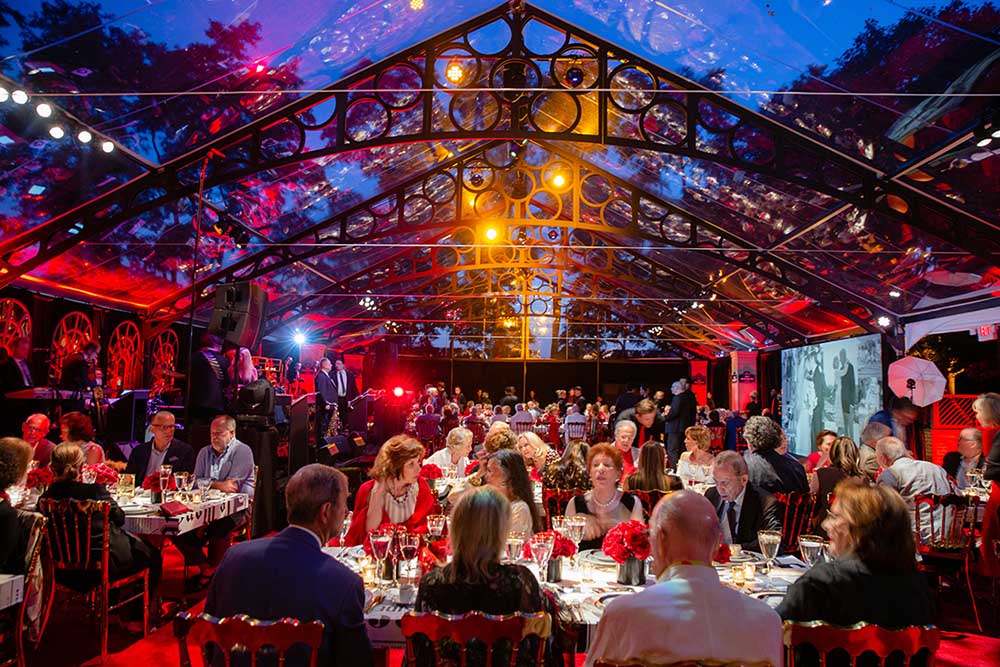 HIGHLIGHTS: Underneath a tent designed by Stamford Tent (stamfordtent.com) to mimic the Eiffel Tower, chefs from Marcia Selden Catering—outfitted in classic French chefs’ coats and tall toques—prepared the cuisine in a pristine kitchen built from scratch for the event. “Our clients were wowed and said that it was like watching a Chef’s Table show on Netflix unfold!” said Robin Selden, managing partner and executive chef. “The open kitchen resembling a fine Parisian restaurant was literally a glowing focal point. Everything was brand-new, from the ovens to the proofers and refrigerators to the uniforms. It really was like a beautiful performance!”

THE BEST-LAID PLANS: Asked by the client to take the open kitchen “to the next level,” the Marcia Selden team purchased $4,000 worth of sparkling pots, pans and kitchen tools to have on hand as props. When they arrived, the client “loved them so much that she asked us to hang them from the ceiling of the tent,” said Robin. Although the three hours spent hanging the kitchenware wasn’t budgeted in the timeline, the effort “made quite an impact in the overall look of the open kitchen,” notes Robin.